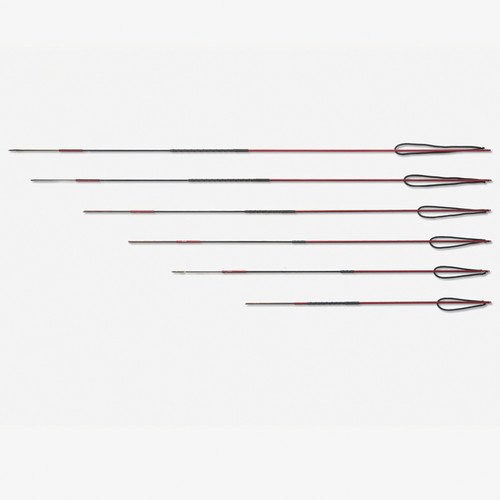 Trajectory - Extended section in front of loaded hand allows you to see where the polespear is headed. Eliminating the 'shooting from the hip' factor. Instead, you are capable of pinpointing your target.

Balance - Polespear won't feel so 'weighted down' in the rear with the tip 3' away from loaded hand; Resulting in natural tracking movements + a more comfortable hold.

Stealth - With 3' of polespear in front of your extended + loaded hand, fish are much more approachable. The proximity of a diver's body & fish is a greater distance, making it less likely to get spooked.

GATKU How to vids - The Basics: Bluewater Hunting and Spearfishing by Pole Spear 06:23

In this GATKU How To series, Ryan breaks down his basic technique for bluewater hunting. He demonstrates how to use the GATKU Ten'er and shares his favorite bluewater hunting setup. Ryan has used this exact setup to land two World Records this past year in 2014. GATKU - The Polespear Revolution™ www.GATKU.com Ryan@GATKU.COM